If ever there were a person who embodied resilience, it would be Alexia Oliver. At just 23 years old and in her final year of medical school, she was diagnosed with Non-Hodgkin’s Lymphoma – a type of cancer of the blood.

As a young woman, cancer wasn’t something particularly easy to bond with your friends over, and Alexia felt extremely isolated through the ordeal. She turned to the online sphere to search for groups of people who were going through similar circumstances. However, nothing was quite as niche and could answer some of the specific questions she was asking, like, where she could find the best wigs in South Africa after chemotherapy. This is what sparked the inspiration for Cancer Babes SA.

Alexia founded Cancer Babes in the hopes of creating a loving and supportive digital environment for women who were going through cancer, chemotherapy, radiation or in remission from the disease.

She was intent on creating a community of women who could help and be there for one another, and importantly, give advice to others asking important questions – the kind of advice you wouldn’t necessarily want to ask your oncologist about! Cancer is undoubtedly one of the most difficult journeys any human being could possibly go through, and like Alexia discovered, a problem shared is a problem halved. She says that Cancer Babes makes her feel “like I have 700 aunties,” and that’s exactly the supportive community that Alexia has worked hard to create.

Another aim of the Cancer Babes group is to show that there is life beyond cancer, and this is embodied by the beautiful side effect of connecting through cancer. But, the women have connected on many levels, providing support and friendship OUTSIDE of the commonality of going through cancer.

Cancer isn’t something anyone wishes for themselves or their loved ones, but if Alexia has taken anything from her ordeal, it is a massive lesson in resilience and her ability to overcome challenges which she never thought she would even face, “like almost dying… maybe twice.”

Within the Cancer Babes community, there has of course been a lot of stress with the COVID-19 outbreak, because having cancer and going through chemo and radiation makes a person immunocompromised. The platform has brought everyone much closer and allowed people to rationalise their fears – that yes, having cancer does put them at risk for the disease and complications, but isolating has, and continues to be the best way to avoid the worst of this virus.

A MED STUDENT’S PERSPECTIVE ON COVID-19

Alexia re-entered her final year in Med School at the beginning of 2020, but by some stroke of very unfortunate events, COVID-19 struck and has caused another unexpected turn in her journey towards becoming a doctor.

According to Alexia, doctors, as first responders, usually present crises in a calm and coordinated manner. Before the outbreak reached South African shores, lecturers and doctors had discussed COVID-19 during ward rounds and in lectures. There was a relatively high level of awareness around the disease and the speed at which it was spreading. However, when the first cases emerged in South Africa, a more serious tone was taken, and more information was given in meetings.

Oliver says that there is an undertone of concern for the South African population, a lot of whom are HIV positive or have Tuberculosis. This means that there is a large portion of the population that is immunocompromised, and are therefore far more likely to suffer the worst complications of Coronavirus, including an increased mortality risk.

When asked about her outlook, Alexia thinks that this Coronavirus will linger for the foreseeable future. And South Africa needs to pull up its socks in terms of having enough PPE (personal protective equipment) to keep doctors and those working on the front lines as safe as possible to ensure they can carry out their jobs properly.

As with many things, prevention is better than the cure. And unfortunately, in this case, there is no approved cure. As such, more thought and effort needs to be put into primary healthcare centers, for example making sure HIV+ patients are taking their ARVs so they are not immunocompromised and can hopefully fight the virus better.

As a self-proclaimed seasoned professional at isolation, after being immunocompromised and having to self-isolate after chemotherapy treatments, Alexia has a few tips for the rest of South Africa, many of whom will be battling the challenges that come with isolation for the first time.

Loneliness is obviously one of the main symptoms of isolation, so Alexia suggests that distraction, whether it be through work, series or reading books, is the best way to get out of a lonely funk.

Also, connecting with friends, even through a cell phone screen, can do wonders when experiencing depressive feelings. Even when it seems like the hardest thing in the world to pick up your phone and make that call, hearing a friend’s voice on the other side can make all the difference.

To find out about what Alexia has in store for Cancer Babes in the future, and more positivity, you can watch the rest of the video here. 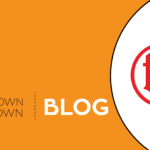 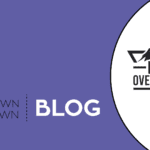