Actor, writer, afronaut, philanthropist. Lazola Gola is a man of many talents. We chatted to him about how lockdown has affected the entertainment industry and what he predicts the world of entertainment may look like after the COVID-19 pandemic.

Being in entertainment, which has been one of the hardest-hit industries in the country, Gola says that he realistically sees the industry going back to a new normal last. The idea of having large gatherings of people in confined spaces is quite possibly the exact opposite of what lockdown and flattening the curve was about.

Comedians have to find new ways to bring smiles and laughs to their audiences. Gola admits that at first, he was skeptical about the idea of stand-up without an audience. However, the online stand-up shows that have come about since lockdown have been really good! He has found that the idea of finding the sweet spot between using the internet and creating the most human connection possible has been the new challenge of the comedy industry.

His own show, Comics on Lock, has tried to make connections between comedians, allowing listeners to be a fly on the wall during a conversation full of riffs and laughs.

While many people have been pessimistic about the changing face of the entertainment industry and a reliance on screens to interact with audiences, Lazola believes that the negativity is not necessary, because people haven’t been “less” entertained as a result of online entertainment. And the need to laugh and find humour in our current situation is probably more important than ever. Gola believes that as long as there is a need to laugh, there is a means of founding a new adaptive way of creating opportunities to get people smiling.

When asked about his 2020 goals, he said he was trying to focus on making an impact on the directing side of his career, a position which is still in its infancy for him. Directing is a career with no roadmap, and no HR department telling you what to do, which Gola believes will allow him to incorporate the current experience he is living into his work in the future. Being flexible about timelines is important in the current climate we find ourselves in.

When everything came to a standstill, these goals had to take a backseat. Lazola admits that his lockdown hasn’t been as productive as he first imagined, however, he has used this opportunity to be kind to himself, to take a moment to be present in the current experience so he can use it to the best of his ability when things begin to open up again.

His biggest lesson in lockdown? That beating yourself up will not help. Everything is alright, everything is okay. It’s hard to focus on things for a lot of people right now, and the only goal for this pandemic should first and foremost be survival. The other stuff can wait. You can kick into another gear when we’re out of this.

We asked Lazola whether he thinks making jokes about the current situation is appropriate? He believes that jokes can be made at any time about anything. The question of how well the joke will be received depends on a few things: firstly is the situation relatable, which COVID-19 most certainly is. It also often needs to be seen as empathetic rather than judgmental. Jokes around these types of situations need to evoke a feeling of collectivism and community: it needs to be an uplifting thing.

At the moment jokes about coronavirus are quite general and are about the state of things currently and the way we’re living. However he feels that the comedy will move to a place of laughing about things like being in the depths of isolation, uncertainty, even suspicion about family members not wearing their masks correctly or social distancing enough.

To find out what Lazola would conduct a TED talk on, and gain more insight into the entertainment industry and where he sees it going, watch the full Lockdown Lowdown video here. 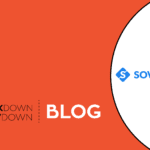 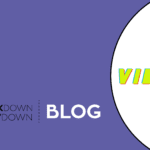