The Government Gazette No.43164 has stated that al

Over 50 years ago Neil Armstrong said, "One small

Before you read this, watch this video ⬆⬆⬆ .

Your universe is made up of a series of choices.

⚡️ We've Cracked the Code! ⚡️ If you want

A lot of people ask us - what is dark matter? A l

Everything we make is made with something a little

Feeling Spaced-out when it comes to the Deep Dark

Cosmic Cake 🎂👌 Not only celebrating life but

Cosmic cupcakes in the office 🎂 Nothing quite

Friday rooftop chilling after a long week of meeti

Celebrating new offices with the team 👌

Photographing the Cockerel Nebula, an experiment.

Colour TV was only invented somewhere between 1946 and 1950. Anything before this is a little hard to imagine without pictures. What is even harder is to understand that the Hubble telescope has been in space for 31 years and is still sending us pictures of faraway planets in black and white. All the pictures we see from space, whether or not Hubble took them, are shot in black and white, but before we dive into why, it is crucial to understand how light is perceived through the human eye and brain.

In our eyes there are photoreceptors called cones, different light wavelengths activate these cones. As the cones are stimulated, signals are sent to the brain’s visual cortex which processes this information and creates the colour image. The light that we can see, called the visible spectrum and appears red at its lowest frequency and violet at its highest. This a small sliver compared to the actual spectrum of light – such as gamma rays, UV, infrared and more. There are three different cones, long wavelength, medium wavelength and short wavelength cones. These wavelengths correspond to the colours red, green and blue which are regarded as the primary colours of light, every other colour is just a mixture of these three colours.

So what does this have to do with black and white pictures of space?

This principle on light guides scientists in colorizing black and white pictures. So back to Hubble.
Hubble’s primary focus is to measure light reflecting from objects in space, so it takes the pictures in black and white because it is clearer. The colour is added later, with computer software like Photoshop. Filters separate the long-, medium and short wavelengths, with a process called broadband filtering. The wavelengths are then given a colour matching their position on the wavelength spectrum; the result being a true colour image of the object.

One of our designers at DarkMatter, used this technique and the results are amazing. Below is the experiments result. On the right-hand side, we have the original colour image, unaltered. And on the left we have the true-colour image created using the method above. Let’s find out how he did it!

Black and White – just like Hubble!
First, the image was taken in black and white, corresponding with their wavelength colours.

2. Add them Up!
The black and white pictures were added together, and each colour was removed to see the effect this had on the picture.

From left to right below, blue, green and red each was respectively removed, which produced the results. 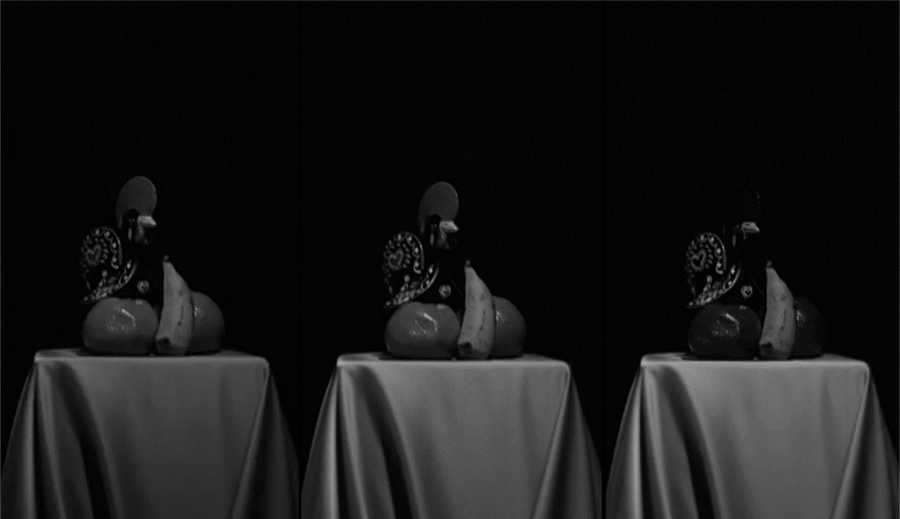 3. Add in the colour
Finally, the colour filters were added together. 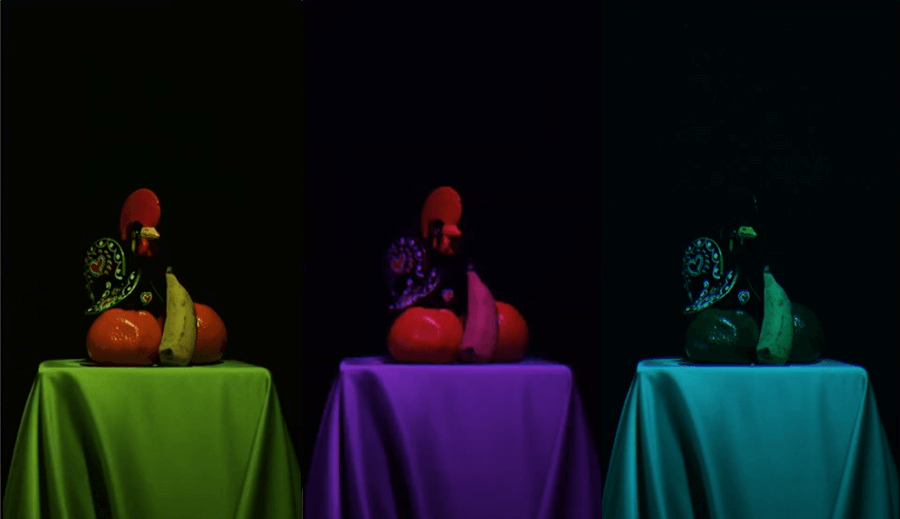 4.We see your true colour!

The final product is the true colour image.

This is where science and art come together to form something amazing, by creating colour where there is none – essentially creating something out of nothing.