This error message is only visible to WordPress admins

Please go to the Instagram Feed settings page to create a feed.

Why are Apple and Google Killing Third Party Cookies

For years third-party software marketers have used the infamous advertising cookie to track individuals’ online activity in order to tailor ads specifically to them based on their online behaviour. Privacy advocates have for a long time been averse to this practice as it is seen as a violation of privacy. Hearing their pleas, earlier this week Apple incorporated a new policy that can effectively kill the practice of third-party cookies. In a separate move, Google is also planning an update to its Chrome browser that will radically alter how ads are targeted on websites. These moves by both giants can derail the way companies have reached audiences and made money from ads since the early days of internet marketing.

What changes is Apple incorporating?

Apple now requires apps running on its devices to get consumer permission before tracking their activity on other apps and websites. The use of unauthorised third-party cookies is already banned on its Safari Web browser. Apple has justified its move by way of improving privacy.

Are third-party cookies banned for good? Not quite. Now, apps that want to track user behaviour for advertising on iPhones and iPads will have to prompt users to agree. This is referred to by Apple as App Tracking Transparency, or ATT.

Presumably, most people won’t want to opt in to being tracked. While this is beneficial to keep data private (As it should be), it could have a detrimental effect for advertisers. This may render ad campaigns less effective and potentially harder to measure.

What changes is Google incorporating?

On the other hand, Google is also making changes to how cookies behave on their browser, Chrome. Their answer to the privacy dilemma is what can be considered a “cookie alternative”. Google will now allow advertisers to continue targeting groups of consumers but will not give them access to an individual’s web history. While Apple may have taken what’s considered more of an extreme route, Google justifies it’s effort as a balancing act between privacy and the survival of Web Publishing, which depends on ads.

In essence, Google’s change lumps groups together for targeting. Advertisers can market to you based on the groups you’re in but they can’t market to you based on your individual behaviour. In trials, Google says, marketers converted their commercial messages to sales at 95% of the rate they did with the old cookie system. It is still unknown as to when the proposed changes, known as Federal Learning of Cohorts (FLoC), will be implemented.

These changes by Apple and Google will require digital marketers to be agile and change the way they do things, as old systems of targeting might not be as effective anymore. Hopefully, this can usher in a new age of advertising whereby individual’s privacy is not spared for the sake of profits. Implemented correctly, a future that involves ethical marketing in the digital space can benefit all parties involved. 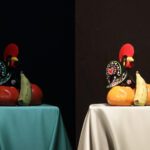 The fast moving consumer goods (FMCG) industry is one of the largest market sectors globally, this industry represents companies that produce low-cost products that are continuously in high demand. At DarkMatter, our aim when working with brands that represent the FMCG sector is to deploy marketing strategies that ensures that the brand stands out, to continuously reaffirm trust in the brand and thus establish loyalty to the product.

Because we understand that although Fast Moving Consumer Goods are in high demand, it becomes a challenge to project the goods as unique and special in the minds of consumers due to the availability of many other brands of the categories of the products. At DarkMatter, we deploy solutions that make your brand come to life in an innovative and exciting way, consistently improving the brand’s identity and maintaining a trustworthy reputation to feed back into enabling your sales goals.

The companies within the industrial market play an increasingly vital role in growing our everyday economy. At DarkMatter we understand the significance of this role, we are also aware that the industrial sector is further characterised by extreme competitiveness and high uncertainty; hence why our aim when working with industrial brands is to establish and increase brand affinity and to draw up well thought-out strategies that align with the company’s strategy, to achieve their desired goals.

Additionally, to help industrial brands achieve a wider reach of clients, our marketing strategies meet this brief through strategic content to reach the right target market for the industrial sector.

At DarkMatter, we are proud to play a part in accelerating the growth of businesses at the forefront of technological innovation; some of the clients we continue to work closely with in this sector include; IBM, Microsoft and HP to mention a few. However, we understand the challenges that come with translating and explaining the technology of the brand into simple solutions to the average individual.

Through our work we aim to improve your brand’s messaging, to help distinguish your message from the competition. Moreover, and most importantly we synthesize and translate the complex tech message to ensure it is conveyed clearly and consumers simply get the idea. Because of our experience, DarkMatter further understands the B2B intricacies tech companies face with regards to digital marketing, we have seen how B2B marketing campaigns can be outdated, run short and not achieve desired results. Therefore, we ensure that we develop clear B2B marketing strategies and ideas that bring fresh, new perspectives that are specifically geared towards creating consistent B2B Brand Equity and ultimately sales enablement.

The pharmaceutical industry carries the vital role of providing health and wellness products. However, marketing these products is not done without challenges, this is because of inadequate brand awareness, complex regulations and increased competition within the sector.

DarkMatter recognises these critical marketing challenges faced in the pharmaceutical industry, we therefore focus on conceptualizing innovative brand solutions that are tailored to support specific pharmaceutical strategic objectives. Our brand solutions include Business to Consumer communication regarding over the counter goods; this strategy allows us to build your braind equity in the market, creating stronger top of mind awareness, while further providing greater understanding about the features and benefits offered by your product.

Our key team members have a deep understanding of pharmacology, this is essential in ensuring that the pharma products are experienced in an exciting and relatable way by the consumer.